The voice of Business

The Greater Sioux Falls Chamber of Commerce serves as the voice of business at all levels of government. Through our advocacy efforts, we ensure that the interests of the business community are represented as public policy is formed.

Chamber staff attend every meeting of the Sioux Falls City Council, Minnehaha County Commission and Sioux Falls School Board. We have a lobbyist in Pierre throughout the entire state legislative session each year. And we are in regular communication with South Dakota’s federal delegation in Washington, D.C.

During South Dakota’s legislative session, the Chamber’s Bill Tracker monitors bills under consideration that are of interest or may affect Chamber members. Check in with the Bill Tracker to see our advocacy efforts in action. 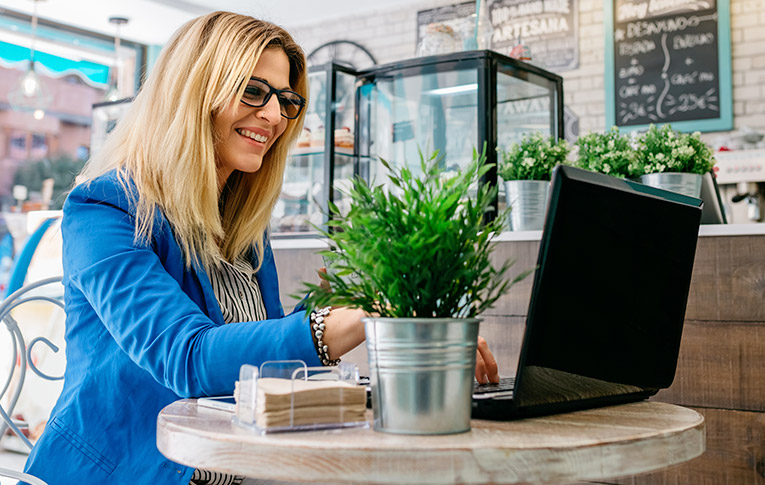 Stay Up To Date

The Chamber Advocate is a weekly newsletter tracking government activities at all levels. Read up on issue summaries and background on pending legislation. 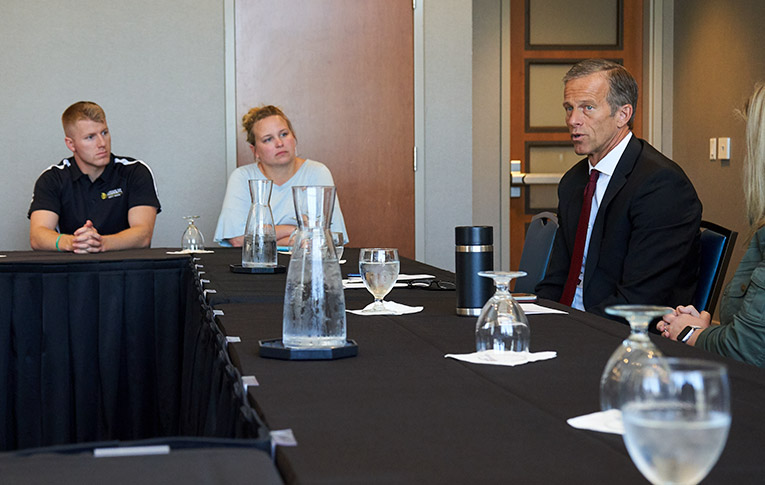 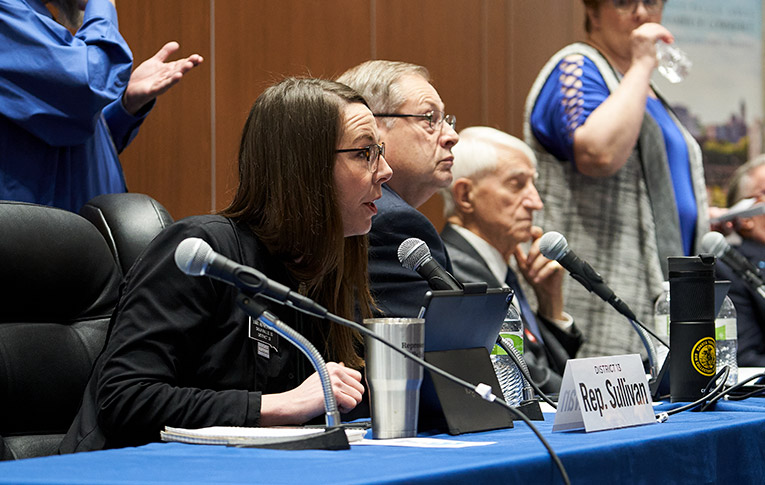 The Chamber’s Policy Statements guide our advocacy efforts. The statements address broad issue areas. They are crafted under the direction of the Issues Management Council, using input from chamber members. They ultimately are endorsed by the Chamber’s Board of Directors. The policy statements are reviewed annually and modified to reflect the issues and context of the day.

The Greater Sioux Falls Chamber of Commerce Board of Directors approved the following statements to guide advocacy and community development activities.

The Greater Sioux Falls Chamber of Commerce believes individuals living in the area should be able to enjoy personal security, quality education, first-rate medical care, transportation, adequate and affordable housing, economic opportunity and diverse leisure activities. The business community in Sioux Falls should contribute to the overall quality of life by showing generosity, concern and involvement in the community.

The Greater Sioux Falls Chamber of Commerce supports a fair and reasonable tax system wherein necessary revenue is collected to support essential government services. For taxation purposes agricultural land, non-agricultural commercial property and housing should be valued using equitable and uniform methods in all counties. At the state level, there is no need for a corporate or personal income tax. The Chamber recognizes that a basic level of funding is required to support the necessary services of government. The Chamber understands that inflationary pressures, cost increases and changing conditions may require tax and fee increases, however, the Chamber supports the concept that reorganization of priorities and cutting of spending should be carefully considered for budget shortfalls at all levels of government before tax and fee increases are considered.

South Dakota has limited programs, when compared to other states, to help compete for and leverage business growth and development. One such program that is locally controlled and administered is tax increment financing (TIF), which can be vital to a project happening, locating or moving forward in Sioux Falls. The Greater Sioux Falls Chamber of Commerce supports the appropriate use of TIFs for projects when it is needed to address blight, build infrastructure, encourage workforce housing expansion, promote economic development and/or make public improvements. Further, we support local decision-making in the administration of TIFs.

The Greater Sioux Falls Chamber of Commerce believes our economy is best served by allowing free and open competition in the marketplace in an environment that encourages business development and expansion. Laws that preclude or give advantage to one business structure or arrangement over another ultimately lessen competition and reduce our area’s attractiveness as a business location. Barriers to business investment and capital formation impede growth and economic diversification. Appropriate rules and regulations may be required for a viable free market, but government intrusion should not inhibit or restrict business unnecessarily.

The Greater Sioux Falls Chamber of Commerce advocates for a quality public and non-public education system that provides individuals the chance to reach their own life goals and supports the current and future workforce needs of the community. We support the development of systemic strategies to enable all children to succeed and prepare themselves for work and further study and we support strategies to engage, train and educate all residents so they have access to meaningful and rewarding work opportunities. We support efforts to adequately fund effective and efficient systems of pre-kindergarten, K-12, job-skills training and post-secondary institutions, both locally and statewide. The distribution of state aid dollars to local school districts should be equitably based, at least in part, on the number of children served.

The Chamber urges continued dialogue regarding and awareness of population growth and diversity in the Sioux Falls area and the effect on regional school districts. It is important to maintain an employment environment for schools that attracts and retains quality employees in education. Individual businesses should engage in cooperative partnerships with schools to expand learning opportunities.

Finally, the Chamber believes that well-designed and appropriately governed and funded post-secondary education opportunities in Sioux Falls are a competitive and strategic imperative for our community and region.

Federal, state and local government should maintain and develop a high-quality infrastructure network. Emphasis must be placed on adequately designing, constructing and maintaining a growth-managed infrastructure (roads, air, rail, water, sewer, telecommunications, public transit and public facilities) which is cost-effective yet provides the highest possible level of service to residential and commercial sectors for greater Sioux Falls. The effort to maintain adequate infrastructure is necessary to sustain current growth trends while retaining a high-quality urban environment.

The Greater Sioux Falls Chamber of Commerce places a high priority on safeguarding and conserving both the quality and quantity of our area’s natural amenities. Government, in partnership with business, should share responsibility in conserving, enhancing and protecting our water quality, air quality and land. Landowners and sportsmen should work together to ease conflicts in land access and game management issues, to preserve the economic and quality of life benefits from outdoor recreation. Given the substantial public and private investments to develop the river greenway, and the potential to develop a first-class amenity in our community, strategies seeking to improve the water quality in the Big Sioux and its tributaries should be identified and implemented.

Local
Greater Sioux Falls should be open to cooperative efforts as well as consolidation efforts among local units of government. Growth in the area provides an opportunity to explore new forms and methods of government to ensure taxpayers receive cost-effective government and quality service delivery.

State
State government in South Dakota should operate in a way that allows for continued balanced budgets without imposing undo tax burdens on state residents and commerce. Every effort should be made to distribute limited state resources in a fair and equitable manner. State directives to local governments should not rely on unfunded mandates.

Federal
The federal government should strive for a balanced budget and deficit reduction.

The federal government should negotiate and administer effective trade agreements with our North American trading partners and trading partners around the world to ensure accessible and viable markets for South Dakota’s manufacturers and agriculture producers.

Legislative mandates imposed on state and local governments should be accompanied by the necessary funds to carry out the mandates.

The Greater Sioux Falls Chamber of Commerce supports an alliance and partnership with the U.S. Chamber of Commerce aimed at reducing unnecessary regulatory burdens on the nation’s industries, promoting economic growth and job creation and minimizing the impact of government actions on business, agriculture and the delivery of health care.

The Greater Sioux Falls Chamber of Commerce through Experience Sioux Falls supports private and governmental efforts to enhance and market the full visitor industry potential. The cultural history of greater Sioux Falls provides destinations of worldwide interest and is a key starting point and destination. Efforts to encourage the visitor industry should continue in earnest given the excellent facilities, entertainment and overall experience we offer.

The Greater Sioux Falls Chamber of Commerce recognizes the current and historic importance of agriculture in South Dakota and its valuable economic contribution to our economy. The Chamber supports efforts to enhance the regional, national, and international competitiveness of the local agricultural industry, including bio-based renewable fuels, products and biotechnology.

Government regulation of the agricultural industry, whether, local, state, or federal, should be based on clearly stated objectives supported by sound economic, scientific data that demonstrates a clear connection between the regulation and the objective. Every reasonable effort should be undertaken to enhance the competitive marketplace for local agricultural interests while maintaining reasonable and responsible environmental protections and practices.

The Greater Sioux Falls Chamber of Commerce recognizes the growing diversity of our population in Sioux Falls and South Dakota. We embrace the opportunities that this diversity provides for a culturally- and talent-rich community. We will work with citizens, our partners, community and state agencies and elected officials to develop efforts to engage and include all populations into our city and state. We will also resist initiatives that inappropriately sanction or discriminate against individuals or groups.

The Greater Sioux Falls Chamber of Commerce, working in partnership with governmental entities, believes in proactive approaches to business development through business parks,  Startup Sioux Falls, the USD Discovery District, Foundation Park, the Sioux Falls Development Foundation and Forward Sioux Falls. The Chamber supports these activities to further a progressive and growing economy ever moving forward to support the goals of its constituency.

The Greater Sioux Falls Chamber of Commerce recognizes that overall health and wellness is crucial for our community and workforce. The Chamber endorses a health care agenda that supports health care providers, educators and organizations that comprise a large and important part of the greater Sioux Falls economy. The Chamber further recognizes the ever-increasing cost of health care for businesses and supports efforts to reduce the overall cost while maintaining strong and vibrant health care systems and providers that meet the needs of employees and consumers. 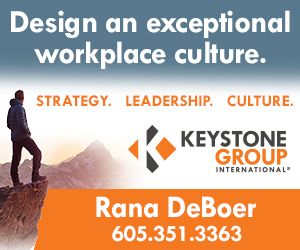 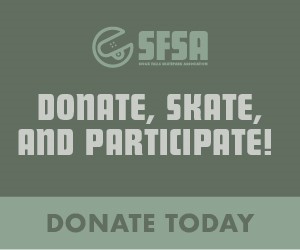 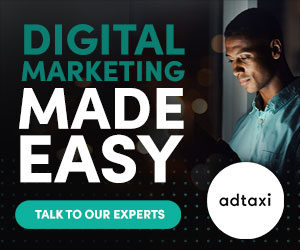 Stay informed Get the Chamber Advocate