Earlier this year, the two economic engines of the state (Sioux Falls and Rapid City) introduced a workforce housing bill (SB 155) with a price tag of $5 million – to be split equally. The funds were to be used as a revolving loan for each city. This was a strategic long-term approach to solving housing issues where housing needs are most urgent. The fact is, housing funds aren’t as readily available for the two largest cities. Programs and financing options for the smaller cities are more robust in our state. Hence the need for SB 155.

What happened to the bill was not altogether unexpected, but disappointing all the same. Prior to its demise, the bill was repeatedly revised. It seemed every city wanted a piece of the action; ultimately the bill was loved to death to the tune of $60 million.

However, all was not lost when SB 155 died. Out of the ashes sprang up a legislative summer study on workforce housing approved by the Legislative Executive Board in late March. The Legislative Workforce Housing Interim Committee held its third hearing in early August at Southeast Technical College to seek to better understand workforce housing needs on the east side of the state. It is unusual to have a committee hearing on this side of the state and the Chamber appreciates the nearly 20 legislators for making the journey. Community stakeholders in this region spent the day informing the committee about our region’s workforce housing needs.

The committee learned about the exponential growth of our region and I’d like to share with you some key takeaways from the hearing. When tackling the need for workforce housing, let’s begin with the growth of our region and put the number in context. The Metropolitan Statistical Area (MSA) in the greater Sioux Falls area represents over 30% of our state’s total population, 36% of the state’s workforce and 43% of the available jobs in our state. Moreover, the Sioux Falls MSA increases by nearly 23,000 residents (equal to the population of Watertown) every five years.

Our MSA is an economic engine for the state as it provides 25% of state’s taxable sales. This percentage is not a surprise, but can you imagine how the percentage will grow when Amazon, C.J. Foods and other large employers begin their operations in our fair city? The inflow of commerce the greater Sioux Falls region will experience will be amazing.

our region needs programs and solutions to help fill the gap of the workforce housing shortage for today and into the future.

However, our region is already experiencing a workforce housing shortage. Due to rapid growth our community has experienced over the past few years, it is projected that we need 7,000 housing units (2,800 of which will need to be accessible to low-income families). In addition, our region has experienced a 14% decrease in housing affordability since 2020. With continued growth, our region – similar to Rapid City – needs programs and solutions to help fill the gap of the workforce housing shortage for today and into the future.

The Legislative Workforce Housing Interim Committee is seeking to find answers over the summer and while the committee was in Sioux Falls, they asked numerous questions of region’s experts. Our local leaders explained some of the shortcomings and concerns of current workforce housing programs but they also provided solution suggestions to the committee. Those included pragmatic and practical tweaks to current programs and new solutions. They urged the legislators to think big – beyond band-aids – and seek to embrace long-term sustainable solutions for workforce housing that helps both the largest economic engines of the state and the smaller communities as well.

The Greater Sioux Falls Chamber of Commerce would like to personally thank the following partners for speaking to the committee: Jeff Eckhoff, City of Sioux Falls Planning Director; Michael Bender, Founder/Principal of Bender Companies; Jake Quasney, Executive Vice President of Development for Lloyd Companies; and Jim Schmidt, Lincoln County Commission and Executive Director of the Sioux Empire Housing Partnership. In addition, we thank Southeast Technical College for hosting this hearing. 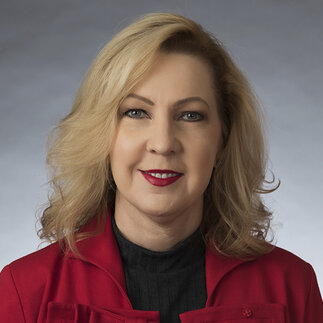