Tax Increment Financing District 25 (TIF #25) is a proposed district that would encompass 10 acres of land around the current Cherapa building on the east bank of downtown Sioux Falls. The TIF request is for approximately $25.3 million dollars, which would go towards supporting structure and surface parking throughout the site, relocation of utilities, soil grading and connector streets.

Once developed, this district is estimated to generate $1.9 million in taxes each year. $316K will go to Minnehaha County, $1.2M will go to the Sioux Falls School District, $2,000 to the water district, and $408K to the City of Sioux Falls.

The second reading of this ordinance will be on Tuesday, August 17.

The Legislative Medical Study Subcommittee met on Wednesday this week in Pierre. The committee heard from Kim Malsam-Rysdon, Secretary of the South Dakota Department of Health. Malsom-Rysdon provided an update on the overview of the proposed medical cannabis administrative rules and responded to questions.

IM-26, the ballot measure approved in November 2021, took effect on July 1, 2021.  IM-26 provided a timeline for the Department of Health (DOH) to promulgate administrative rules. DOH is working through the administrative process and procedures and anticipates the rules will become effective by October 29, 2021. Cards can then be issued to patients and caregivers by November 18, 2021 and it is estimated cannabis may be grown in registered establishments in the early fall of 2022.

The next step for this committee is to dissolve into three working committees focused on proposing regulatory legislation that include growing marijuana both commercial and home grown, public safety concerns, and use of cannabis in schools and employer rights. The committee will reconvene in September to discuss the work of the subcommittees.

The Legislative Workforce Housing Interim Committee held a hearing in Sioux Falls this week to listen to community state holders in this region to better understand workforce housing needs.

The Committee is comprised of 18 legislators from across the state. The scope of their work includes: examining the need for development of affordable workforce housing for low to moderate income individuals and families throughout the state; identifying the effectiveness and gaps of housing tax credits and other financial tools to help fund projects based on locally determined need and projections; developing a long-term dedicated revenue source for strategic housing needs through a revolving loan fund to mitigate development costs; and examining community match and partnerships that will leverage the positive impact of the resource provided through a revolving loan fund.

Mayor Paul TenHaken kicked off the public testimony of the hearing. He was joined by the City’s Planning Director, Jeff Eckhoff. The committee also heard from Michael Bender, founder of Bender Companies; Jake Quasney, Executive Vice President of Development at Lloyd Companies; and Jim Schmidt, Lincoln County Commissioner and Executive Director of the Sioux Empire Housing Partnership. To learn about all who participated click please here.

Prior to this week’s hearing, the committee met in Pierre and in Rapid City.

U.S. Senator John Thune received the 2021 Champion of Health Care Award this week from the American Life Sciences Innovation Council. The award recognizes Thune’s past and current efforts in Congress and in South Dakota for the protection and nurture of key policies that position America as the world’s leader in life sciences and new drug innovation.

Jeff Griffin, President and CEO of the Greater Sioux Falls Chamber of Commerce, thanked Senator Thune for his work in advancing the bioscience industry and health care innovation along with his work on telehealth.

South Dakota’s bioscience industry has a specialized concentration of employment, diverse industry strengths and is growing. In 2018, the state’s bioscience industry employed 6,643 in 606 business establishments. South Dakota bioscience firms have increased their employment base by 9.6 percent since 2016 with four of the five major industry subsectors contributing to the overall industry job gains. The state has strengths in several bioscience subsectors, with specialized employment concentrations in agricultural feedstock and industrial biosciences; bioscience-related distribution; and in medical device and equipment manufacturing. South Dakota has seen recent increases in NIH funding awards and by 2019, state institutions were awarded $24.6 million. 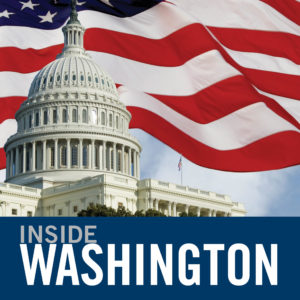