The South Dakota National Guard is moving forward with the design and construction of a new $20 million readiness center in Sioux Falls, the latest of a series of projects highlighting the military’s significant and growing importance to a city home to more than 1,500 Guard members.

Although Sioux Falls’ economy is far too diversified to label it as a “military city” on par with San Diego, Colorado Springs or Norfolk, such investments combined with the recent opening of the South Dakota Military Heritage Alliance and ongoing work to complete the South Dakota Veterans Cemetery showcase the military’s key role in the community.

“I’ve always felt that the Army National Guard and the Air National Guard presence is kind of a sleeping giant,” said Mielke, a TSP Inc. principal and senior project manager who served as the Guard’s adjutant general from 1995-2002. “The Guard is a tremendous resource for the state of South Dakota and our communities.”

“They’re bigger, but the function of these places has not changed,” said Deiss, public affairs officer for the South Dakota National Guard. “They’re there to support the training and the readiness requirements for Guard units.”

The South Dakota National Guard currently has 23 armories or readiness centers across the state, and 14 of those are at least 40 years old. Approval of the new Sioux Falls facility follows a trend over the past couple of decades to consolidate community armories into regional centers.

Sioux Falls was scheduled to receive $15 million in federal funding for the center in fiscal year 2024, but the National Guard Bureau contacted the state Guard and asked if it could move up the project timetable to fiscal year 2022. The 2021 South Dakota Legislature approved $500,000 from the state general fund and $15 million in federal fund expenditure authority to green-light design and construction of the project. The state cost share will eventually reach $5 million, or 25 percent of the project’s total cost.

“The current armory just cannot provide the needed space required for that large influx in soldiers,” he said. “So, it’s much more advantageous and cost feasible to construct a new Readiness Center to support that.”

Initial plans call for the readiness center to be built on about 30 acres of land on the north end of Joe Foss Field, but South Dakota Adjutant General Jeff Marlette told a legislative committee that the Guard is considering a land swap with the city of Sioux Falls that could move the site to Benson Road.

Deiss said construction of the facility, which will meet LEED Silver standards for energy and environmental design, will help support the training needs of the Guard for decades to come.

“Many of our facilities across the state are 50 years or older, so having newer facilities helps us to keep our forces trained and ready,” he said.

Sioux Falls’ Joe Foss Field is home to more than 1,100 Air National Guard members who serve in the 114th Fighter Wing, which contributed $71.3 million in economic impact dollars to the area during the 2020 fiscal year ending in September, said Capt. Jessica Bak, executive support officer for the 114th. 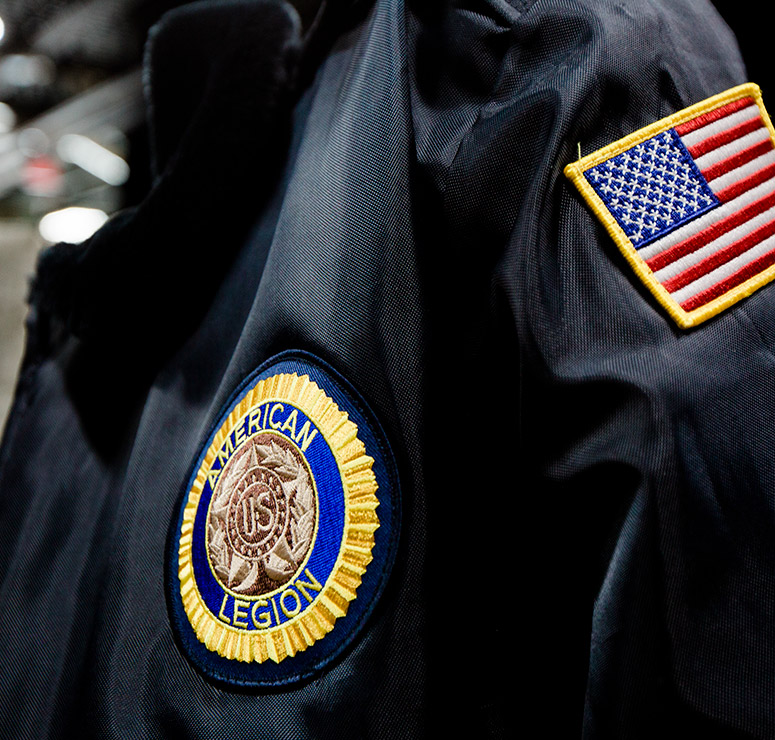 Just over 400 of the 114th’s 1,100 members are full-time employees, with the others serving part-time with one weekend a month and two full weeks a year. Those Guard members’ day jobs run the gamut of occupations including farmers, small business owners, healthcare workers, carpenters and pilots. Some Guard members perform similar jobs in the military, such as a hospital nurse who serves the Guard as a critical care nurse. Others do something completely different, such as a full-time teacher who works on military aircraft engines once a month. All bring a valuable perspective through their skills and experiences, Bak said.

“Our part-time force is what really makes the Air National Guard unique over other military components,” Bak said. “We have such a diverse workforce, and we are able to share training and experience between military and civilian occupations through these members.”

And when those Guard members come to Sioux Falls to train, they provide an added boost to the Sioux Falls economy.

“We’re happy to have them, and they’re a great customer,” Hilleson said. “We appreciate their loyalty.”

Assisting in the partnership between the Guard members and their local employers is the Employer Support of the Guard and Reserve (ESGR), a U.S. Defense Department program promoting cooperation and understanding between those serving in the Guard and Reserve and their civilian employers. ESGR can assist in the resolution of conflicts arising from an employee’s military commitment, and it also recognizes employers who go above and beyond.

In September, ESGR named Sanford Health as one of its 15 recipients of the Secretary of Defense Employer Support Freedom Award, recognizing the Sioux Falls-based health system for its exemplary support for its National Guard and Reserve employees. Sanford Health is the fifth South Dakota business to receive this award. Previous in-state honorees include Black Hills Corporation (2015), the Winner School District (2008), South Dakota Game, Fish and Parks (2006) and South Dakota State University (2005).

Bak said South Dakota and the Sioux Falls area benefit from a strong ESGR network and quality employers who are supportive of the military.

“We can’t do what we do at the Air National Guard without the support of our local employers,” she said.

As the Air National Guard continues to fly F-16s out of Joe Foss Field, the Greater Sioux Falls Chamber of Commerce’s Military Task Force, co-chaired by Mielke and Retired Brigadier Gen. R. J. Clifft, will continue to lobby for Sioux Falls to be selected as the next base of the F-35 Joint Strike Fighter.

The newer F-35 fighters are set to completely replace F-16s sometime between 2027 and 2040. The 114th Fighter Wing at Joe Foss Field was among 18 bases nationwide in the running for such a fleet but wasn’t selected in the most recent round. Mielke said the committee will renew its push when future opportunities come open.

Sioux Falls further embraces its military community through the South Dakota Military Heritage Alliance, a one-stop military-themed center for active and retired military and those who support them, said Executive Director Brian Phelps.

The property and the adjacent Armory Building at 1700 Russell Street were purchased through donations to the Alliance, a 501(c)(3) nonprofit supported by individual veterans, veteran groups, active military service members and their families, civilians, elected officials, business leaders and other key individuals.

“There’s been no federal funding to make this place work,” Phelps said. “It’s all been private- and business-sponsored and member-sponsored success. The passion and compassion of the community is sustaining what we’re doing out here.”

The Armory Building property, which served as the military base’s actual armory during World War I and World War II, has two meeting rooms, entrance vestibules and additional spaces under renovation. The Armory provides a new home for VFW Post 628, American Legion Post 15, several other veterans organizations, Keystone Treatment, Mountain View LLC and the American Postal Workers Union 718. Although the Alliance is a nonprofit, several entities operate under the umbrella to generate income to support military groups.

“Our gun range, our restaurant, our lounge and our coffee shop are all set up to make money so we can give that money out to the veteran organizations,” Phelps said.

Phelps said the Alliance already has more than 7,000 members, and despite dealing with slowed attendance due to the pandemic it hosted a peak of more than 5,500 customers during a single month. The Alliance is open to the general public, which links residents to the military community by granting them access to such seldom-seen events as military pinning, promotion and retirement ceremonies.

Future Alliance plans call for constructing a military museum, but the nonprofit will wait until it has adequate funding to “do it right” before putting anything on display.

“We want a fully-interactive sight-smell-touch-taste type of a museum so kids can interact and see those who served, see those who gave all, to actually sit in a World War II jeep and have that experience,” Phelps said.

Another ongoing project boosting Sioux Falls’ military friendliness is the South Dakota Veterans Cemetery, which is set to open its first of 10 sections this spring.

Some 50,000 of the state’s 72,000 veterans live east of the Missouri River. The 60-acre site, which sits northeast of the I-90/I-229 interchange near Slip Up Creek Road and 477th Avenue, will help ease the travel burden for family and friends wanting to regularly honor their loved ones with visits to their final resting places.

Although the entire project will eventually provide more than 28,000 gravesites, the first phase covers nearly 13 acres of the site and provides more than 2,300 total gravesites.

The stars and stripes already wave from a 70-foot flagpole sitting atop the site’s highest point, and the property offers an administration building with offices and restrooms, a gravesite kiosk, a connected maintenance shop, a committal service shelter, an avenue of flags, a memorial walk and an assembly area, said Jon Brown, president and principal engineer of Stockwell Engineers.

Brown, whose firm provided services for the project, said Stockwell Engineers is honored to be a part of such an important project.

“The number of veterans who have talked to us about it since we started the design a couple of years ago through today is just overwhelming,” he said. “We’re super excited to be a part of it.”

Sioux Falls is a thriving community, and the military is sure to play a key role in its success.