The School Board began its budget process in November 2021 at which time the Board adopted guidelines and a timeline for the budget process. Since then, the District has held several meetings including a Board work session on March 30 and a public work session on April 6. The General Fund changes from the prior year include:

According to District officials, the FY23 budget is again heavily influenced by the COVID pandemic that hit in the final quarter of FY20. Over $60 million in Federal funds were/are being expended over a four-year period on facilities, instruction, extended learning, health, remote learning, sanitization/social distancing, special education, virtual learning, and miscellaneous expenses to prepare schools for opening, staying open, learning, staying safe, and filling any gaps in learning due to the unexpected FY20 closure including efforts to reengage students in learning.

The General State Aid formula is increasing by six percent per student in FY23. Because over 80 percent of school district general fund expenditure budgets are salaries and benefits and over 80 percent of District discretionary revenues are derived from the State Aid formula, generally over time teacher salaries can only increase at the same rate as the formula increase. For the second year in a row, the Board has committed to significantly increasing the starting teacher salary from $41,000 per year to $46,000. Between that increase and the regular salary increase tied closely to the formula, teacher salaries are slated to increase by about 7.0 percent next year.

The five-year plan spends into the fund balance by $3.8 million in FY23. This figure includes a $4.25 million transfer from the Capital Outlay Fund. The FY27 projected fund balance in the five-year plan is 7.7 percent. The budget plan also includes the extension of the 2019 Finance Action Network recommendation of laddering opt-outs to replace the $7.5 million opt-out that will expire at the end of 2022. This plan calls for a $1.8 million ten-year opt-out beginning in 2023. As projected by the FY22 five-year plan, the total opt-out in 2023 is $11 million.

In summary, the Tax-Supported budget (General, Special Education, Capital Outlay, and Bond Redemption funds) is $303.7 million. For the District’s homeowners, the school levy is projected to decrease by 12 cents in 2023. The average school property tax increase over the last 23 years for a typical house in the Sioux Falls School District is approximately 1.4 percent per year. 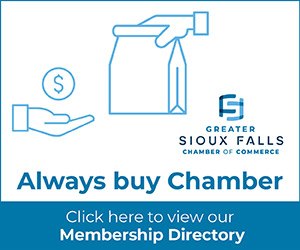