Workforce…It does an economy good

Every day we hear from Chamber member companies—of every size and industry—that they are facing unprecedented challenges in finding enough workers to fill open jobs. Most of the people who live here are working. South Dakota unemployment is at 2.3%. In the greater Sioux Falls region the unemployment rate is even lower: Minnehaha County is at 2% and Lincoln County is at 1.9%.

it is a mistake to let those concerns impede a solution.

South Dakota’s workforce needs reflect national trends. Right now, the latest data indicates there are over 10 million job openings in the U.S., but only around 6 million unemployed workers. The U.S. has a lot of jobs, but not enough workers to fill them. If every unemployed person in the country found a job, we would still have five million open jobs.

Keeping in mind that today’s babies are tomorrow’s workers, the U.S. birth rate is declining and is now at a record low. Between 2007 and 2020, the total fertility rate in the United States declined from 2.12 to 1.64. Another population measure is the “replacement rate.” This theoretical measure focuses on the number/ratio that is required to maintain a populations’ current size, disregarding any potential migration effects. The fertility rate of 1.64 was the lowest in nearly 100 years and well below the replacement rate, which may or not be related to the decline in drive-in theatres.

This problem of worker shortages didn’t get here overnight; it’s been cooking for years. Automation has helped lessen the load and work/temporary visas have helped certain industries, but there is more we can do and should be doing. The irony is the current politics in our country has not been constructive in helping to solve the immigration problem. Heck, just bringing up the subject can get you temporarily kicked out of your breakfast club. There are strong feelings on both sides and there is merit in the concerns of both sides, but it is a mistake to let those concerns impede a solution.

If every unemployed person in the country found a job, we would still have five million open jobs.

On a recent trip to Washington, D.C., Chamber members asked our congressional delegation questions about immigration and the Differed Action of Childhood Arrivals (DACA). We learned immigration issues are too polarized right now for Congress to find workable solutions but there may be a willingness to work across the aisle later this year. We all understand the challenges of Congress and we will seek to support sensible legislation that is good for America. We understand the importance of finding a resolution to ensure our borders are secure, but we also must also find pathways to provide legal status to workers.

Many people who live in South Dakota now are here because members of our family-tree boarded a boat and came to America. In the late 1800’s, the Dakota Territory, like much of the nation, was comprised mostly of immigrants. Early white settlers included people of Scandinavian, British, Scottish, Cornish, Irish, German, Polish, Chinese, Czech, and African American heritage. It is a good reminder that our generous mix of languages and cultures were here before this territory became a state.

When South Dakota voted to adopt the state constitution, copies of the document were printed in several languages so the voters could read the document. This little-known fact became helpful three years ago when the state legislature debated the merits of providing driver’s license exams in Spanish.

The idea of providing the test in Spanish was a tough sell at first, but the idea caught on eventually and passed the legislature with votes to spare.

This leads back to the premise of the column. Workforce: it does an economy good. The motto used by the coalition working to pass the driver’s exam bill was “Let’s get to work!” Seems like a good idea. Like days of old, let’s find an agreed pathway to legal status and welcome those immigrants who are looking for work. We need them, our economy needs them, and they need jobs. Heck, most of us are an immigrant’s kid…just a few generations ahead of those who are arriving here now.

We all have work to do to keep our economy moving forward; Let’s get to work South Dakota! 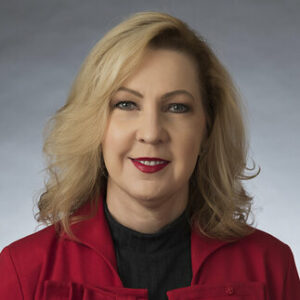 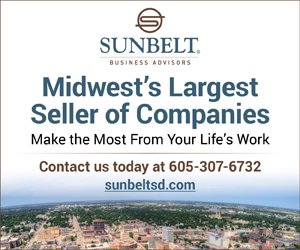 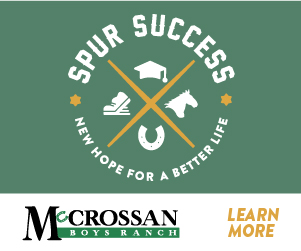