Julie Hammer honored for service to the ag industry

In recognition of her tireless commitment to the agriculture industry, the Agribusiness Advisory Council of the Greater Sioux Falls Chamber of Commerce has named Julie Hammer as the 2023 Agribusiness Citizen of the Year.

Hammer is employed as the executive administrative assistant for the Sioux Empire Fair Association, a position she has held for 12 years. She and Greg live on a farm just a few miles from where she was raised, near Baltic. Their son, Kyle, and daughter-in-law, Laura, live across the pasture from their place on the Hammer Farm.

“It’s nice they live so close,” she said. That’s not only because they see each other often, but they are working and farming together as a family raising cattle and crops.

It was while she was employed with Citibank that she started volunteering with the Sioux Empire Livestock Show.

“What a great company to work for. You start out with quite a bit of vacation right away and as I built that up, I had a week to spare so I started helping [the Chamber’s former Agribusiness Manager] Cindy Christensen back then,” Hammer said. 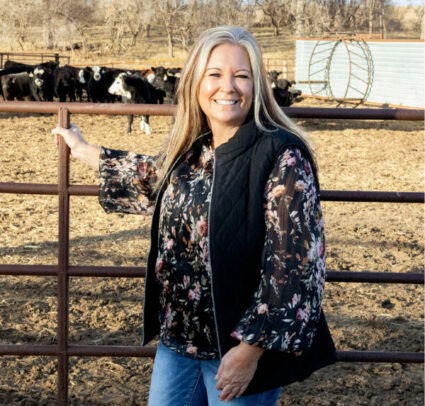 Thank you to Agribusiness Division of the Greater Sioux Falls Chamber of Commerce staff and all the many volunteers I served with. I’m truly humbled and honored to be selected for Agribusiness Citizen.

After graduating from Baltic High School, Hammer earned a degree in graphic design from Southeast Technical College. She had a short stint doing graphic design work before going to work for Citibank for more than 13 years.

The week of volunteering became a tradition. For the past 18 years, Hammer has spent the last week of January helping at the Sioux Empire Livestock Show. She started out working with the feeder heifer show. Then a couple of years ago, that show was combined with the feeder steers, so now she helps with the prospect calf show.

“We get to combine the two separate shows into one, which is really great, so many great volunteers. I’m glad to be a part of it,” she said.

Since she accepted her position with the Sioux Empire Fair Association, Hammer has served on the Chamber’s Agribusiness Division Advisory Council. She has also volunteered for several years at the Stockyards Ag Experience on National Farmer’s Day.

When the Sioux Empire Fair takes place each August, Hammer helps with Ag Appreciation Day and attends livestock meetings. She has a dream of turning the old Arts Center on the W.H. Lyon Fairgrounds into a place where producers and consumers can connect about agriculture during the fair.

“I think it’s something that would really enhance the fair,” Hammer said. “ I think we take for granted where some of our medicines and some of our day-to-day things that we use come from.”

Hammer is passionate about her work for the Sioux Empire Fair Association. In addition to her full-time job and her volunteer roles with the Chamber, she also serves on the board of directors for the Heartland Association of Fairs, Festivals and Events.

“I’m glad that we’re able to bring entertainment and agriculture-related activities to the city as well as to our surrounding communities, and we’ve also had people join us from many other states as well. It’s great to see people smile and hopefully we’re helping them make memories,” she said.

Agribusiness Citizen of the Year

Family: Husband, Greg, and son and daughter-in-law, Kyle and Laura 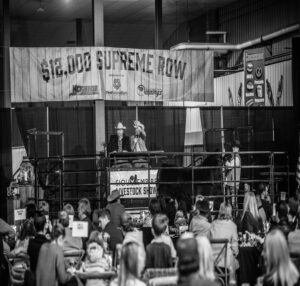 Julie Hammer will be honored as the 2023 Agribusiness Citizen of the Year at the annual Mayor’s Round-Up & Sale of Champions on January 27, 2023. 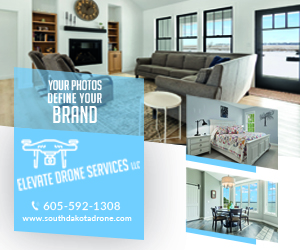